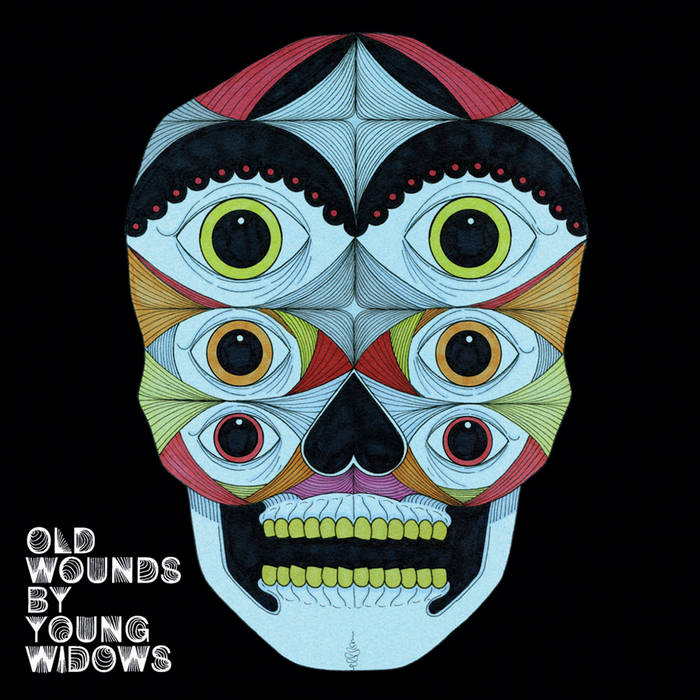 Arriving two years after their debut, Settle Down City, Old Wounds completes Young Widows' transformation into a top-shelf rock band firing on all cylinders. Forging the best parts of Nirvana, The Jesus Lizard, Nick Cave, PJ Harvey, Fugazi and The Melvins, Old Wounds is a series of dynamic, thoughtful tunes anchored by cavernous grooves that will certainly push most speakers to their breaking point. For the unique production, the band reunited with uber-producer friend (and Converge guitarist) Kurt Ballou, who had been eager to experiment with recording the band in multiple environments, with the intent of capturing the definitive take of each song for the final cut of the album. Feeling most at home when they're not at home, they brought Ballou along on tour to record all of their live shows. In addition, they recorded multiple sets in their rehearsal space, and another set at Ballou's Godcity Studios in Boston, MA. After tediously combing through a dozen hours of recordings, they compiled and mixed the album. The result is a bonafide classic, overflowing with the sweaty euphoria of a great live show, and the high replay value of a perfectly sequenced, well-produced rock record.

Bandcamp Daily  your guide to the world of Bandcamp